FROM STONE TO WOOD

The year 1544 is associated with the arrival of the Reformation in Levoča. The majority of the population at that time professed to be evangelicals. German-speaking believers had services in what is today the Basilica Minor of St. Jacob. The Slovak language was used to preach in the so-called Black Church, which we know of today as the old Minorites Gymnasium Church. The inhabitants who spoke the Hungarian language were scattered here and there during this time. Evangelicals did well until the arrival of the Counter-Reformation. In 1674 everything changed. Protestants were left without a church until the Sopron Assembly in 1681. During the following period, they built a wooden church outside the town walls on the site of today’s evangelical cemetery. In the year 1709, a fire destroyed the wooden church, after which the believers built a second wooden temple. The evangelicals lost this tabernacle of God. And so, the era of wood ended.

There was much joy when a new classicist evangelical church was built on Master Paul’s Square with a floor plan in the shape of a Greek cross and a majestic dome. It astonishes visitors today just as much as it astonished those in 1837. Visitors won’t regret a look inside.The church seems much larger from the inside than it does from the outside; the power of the interior confirms this rumor. The temple also gives an impression of having a circular or even hemispherical structure; this is the second architectural delusion. Unconventionally large choirs attract the visitors’ gaze to the shelves full of rare historic books. The raised space is also special because of something else. Despite requiring a general overhaul, the precious organ, which comes from the wooden church and was built in 1697, sits in this space. The second organ was built in 1937; during church ceremonies it floods the church and the souls of the believers with its mighty voice. The church is just as pleasing to the eyes as to the ears. The altar is decorated with a painting by the famous painter from Levoča Jozef Czauczik. It depicts Christ saving Peter at sea. But even this wonderful scene hides a small secret. The painting was painted according to the original model from Dresden (Germany); however, the one in Levoča is mirror-inverted.

THIS WOULD BE EXPECTED BY NO ONE

The most beautiful thing in the church is hidden. To not lose out on a beautiful addition to the church, visitors should look behind the altar space. A unique collection of thirteen paintings has been preserved from the second wooden temple. In the middle is a painting depicting Jesus Christ as the Saviour of the world – Salvator Mundi. There are six images on the left and six on the right. It will not escape the attentive eye that, in addition to German inscriptions and depictions, the apostles also have attributes of their torture. The biblical cycle depicts the universality of the Church and Christ’s reign over the world.

A SAD SECRET OF THE MEMORIAL PLAQUE

There is a pillar behind the baptismal font on which there is a memorial plaque. It is dedicated to all evangelical soldiers from Levoča who fell during World War I. As the First World War ended, so began the Second World War, bringing, among other things, new habits of ruling power. They ordered the board to be covered with black cloth, as they said it was not appropriate to pay respect to these victims.

Ján Marschalko was not just any sculptor from Levoča, but a sculptor of European significance. He mostly stayed in Vienna, Munich, Paris and Budapest. In Budapest are the huge stone lions on the Chain Bridge which are admired to this day. His sculptural works can also be seen in the Košice Cathedral of St. Elizabeth, which is decorated with neo-Gothic statues from the end of the 19th century. He left in Levoča a powerful angel who served as a tombstone for the sculptor’s parents so that they would never be forgotten.

WHAT YOU SHOULD DEFINITELY SEE

Above all, the historic Square has a lot to offer. It is also possible to admire the works of Master Paul outside of Levoča. The statue of Christ by the world-famous artist is in the bowels of the magnificent Basilica Minor of St. Cross in Kežmarok (28 km). Another jewel is the Wooden Evangelical Articular Church (UNESCO), which is rightly called a small Sistine chapel of Spiš. The Thermal Park in Vrbov (21 km) offers year-round water activities. Belianska Cave (47 km) definitely belongs to the jewels of the underground. 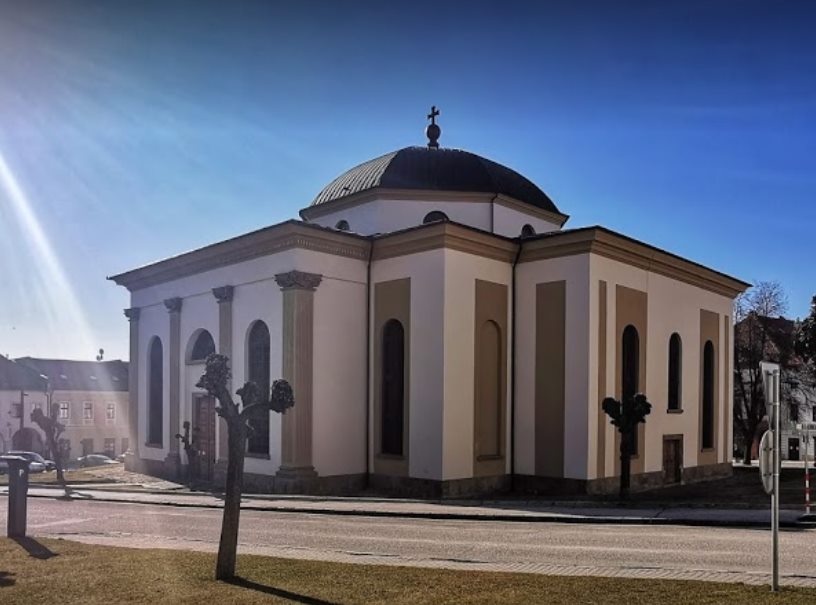