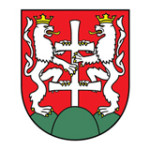 LEVOČA – A RADIANT JEWEL OF SPIŠ

Levoča is a historic city that has a lot to offer every visitor. Its attribution as the radiant jewel of Spiš is rightly deserved. Many of the centuries-old monuments, or the work of Master Paul, shine brightly not only in Spiš, but also on the world heritage map.

The territory of Levoča has been permanently settled since the Stone Age. This is evidenced by numerous archaeological findings. The Bronze Age is documented by the discovery of a burial ground of the Lusatian culture. The Great Moravian era supported the expansion of Slavic settlement and the emergence of smaller settlements throughout the area.

The deed signed by the ruler Belo IV from the year 1249 is the first written mention of the town of Levoča. At that time, it was called Leucha.

With the arrival of Germanic colonists, there was a need to have a capital of the Community of Spiš’ Germans. Levoča became this capital in 1271. This important city strengthened its influence by acquiring various rights. At the beginning of the 14th century, it was the right of the warehouse. A century later, the Hussites movement (bratrícke hnutie) left a devastating mark in the city. The year 1494 is known as the year of kings. Vladislav II Jagiellonian – King of Hungary and Czech – met in Levoča with the Polish King John Albert. Further meetings of the rulers took place in 1497. The free royal town of Levoča (1317) with its high aesthetic value created a timeless heritage worthy of admiration.
THE BEST OF LEVOČA

Since 1993, the entire town of Levoča has been included in the UNESCO World Heritage List. This was thanks to the city’s most important monument – the Basilica minor of St. James. The highest Gothic altar in the world, with a height of 18.62 meters is part of the temple.

Dominating the square are the town hall and the nearby cage of shame. In the building with the bell tower, where history was sometimes determined, there is now an attractive exhibition open to the general public.

The south of the square is adorned by a majestic Evangelical church with a dome that rises above a Greek cross-shaped base. It was built in the Classicist style on the site of a former temple. The Square of Master Paul with more than sixty burgher houses surrounds what is most beautiful in Levoča. The most remarkable is the Thurzo House, with its unique gable attic.

The original city walls with bastions and entrance gates still protect the central treasure of Levoča and emphasize the uniqueness of the city.

The hill above the town is adorned with the Basilica of the Visitation of the Virgin Mary on Marian Mountain. It is one of the oldest and most important pilgrimage places in Slovakia.

The International Cultural Festival, titled Days of Master Paul, will transform the summer-flooded Levoča streets into the vibrant center of Spiš. Performances of artists, directly on the street, are supported by the open-air presence of carvers, painters and photographers from Slovakia and abroad.

The first Sunday of July belongs to the largest spiritual event of the year. Levoča’s Marian pilgrimage calls tens of thousands of believers to Levoča. On July 3, 1995, in the presence of Pope John Paul II, over 650,000 pilgrims came to Marian Mountain.

Rest, relaxation and sport are also among the requirements of visitors. In the resort Levočská Dolina young and old alike will find what pleases them. The summer organic swimming pool offers fun for the whole family. You will also be able to catch your trout, prepare it and enjoy it. The Levočské Hills are ideal for cycling. Three hundred and eighty kilometers of marked cycling trails offer activities for several days. Snow-covered mountains will enrich the winter season with great skiing and sledding. At the ski resort, you can learn winter fun at the ski school and kindergarten. Restaurants, wellness, bowling, and massages are a matter of course.
WITHIN A FEW KILOMETERS

For those who still lack some history, we recommend visiting the attractive town of Kežmarok (28 km). Spiš Castle and Spišská Kapitula are another essential stop on the treasure road of Spiš (19 km). The thermal baths in Vrbov are open all year, and will not leave anyone cold even in the winter months (22 km).

House of Master Pavol
Museum of special education in Levoča

The Village of Majere – The wooden Church of St. Joseph

The Old Marketplace – the oldest street in Kežmarok

Spišské Podhradie – the Nativity of the Blessed Virgin Mary

The Roman Catholic Church of St. Cross, the Bell Tower in Kežmarok

The town of Spišská Belá – The Roman Catholic Church of St. Anthony the Hermit

The town of Levoča

The town hall of Levoča

Church of St. James in Levoča

Exhibition of Historical Vehicles – Museum in the Castle of Kežmarok

Museum of special education in Levoča