THE CORE OF LEVOČA

The richness and importance of medieval Levoča are proven mainly by the burgher houses, which form today’s Square of Master Paul. Despite several devastating fires, the square has retained its Gothic and Renaissance elements.

Expansion came mainly thanks to the privilege – the warehouse law. The same right was acquired speculatively by the town of Kežmarok, which caused 250 years of war between these two cities. At the same time, Levoča stood on the so-called amber trade route from the Baltic to the Adriatic Sea.

The active trade required the protection of the population. The fortification system built around the city served well. In times of greatest need, it had 15 bastions. Today it is possible to admire six of them, three of which are city gates. These are called Košická, Poľská, and Menhardská. The latter was named after the village of Vrbov, which in Old German was called Menhard.

THE HOUSE OF THURZO

The number 7 house in Levoča Square belonged to the metal wholesaler (especially with copper). It could be said to be the most spectacular building, richly decorated with a Renaissance attic and sgraffito decoration. The lineage of the Thurzo family generously supported education, culture, and art in the city, and gave room for general expansion.
OTHER ATTRACTIVE HOUSES

We learn about the history of Levoča mainly from the chronicle of Gašpar Hain. He donated his house to the Lutherans, which was the reason the Evangelical Lyceum was located there.

The extension of the Basilica of St. Jacob is the Henckel Library, which is probably the first special purpose library built in Slovakia. At that time, it contained all of Luther’s writings and the works of Melanchton with a handwritten dedication.

The buyer of European format had the original house rebuilt into Schwab’s Palace. At the time of re-Catholicization, the Evangelical Church held worship services in this architectural gem with its unique arcade court.

Šebastián Krupek, whose family moved to Levoča from Krakow, was considered to be the richest citizen. His house at Master Paul Square 44 attracts attention mainly because of the rich spatial decoration of the facade.

Who would not know the work of Ján Amos Comenius Orbis Pictus? Four-language printing, decorated with wood engravings was carried out in Brewer’s printing house, which operated continuously in Levoča for a period of almost one and a quarter century, from 1624. Juraj Tranovský’s hymn book Cithara Sanctorum also saw the light of day in the contemporary printing workshop at Square of Master Paul 26.

The Square of Master Paul in Levoča is adorned by more than sixty burgher houses. In the central part of the square, in addition to the Evangelical Church, the Town Hall and the Basilica of St. James, there is also a city park. It was created at the instigation of Captain Arthur Wildburg in 1835. At that time, Levoča lost its commercial significance and the market square was replaced by a walking alley with a gazebo.

Spiš Castle and Spišská Kapitula are another essential stop on the Spiš Treasure Road (19 km). The eye-catching town of Kežmarok (28 km) also breathes with history, and its history is closely connected to Levoča. 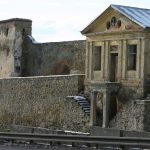 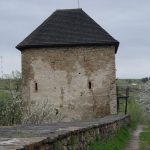 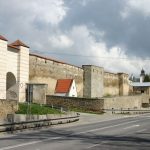 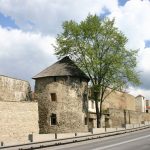 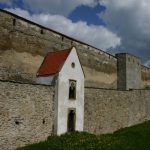 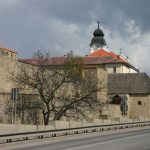 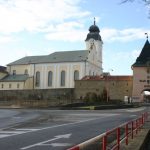