KEŽMAROK – A PEARL BELOW THE TATRAS

Kežmarok is a town that will touch everyone’s heart. It is rightly referred to as “A Pearl below the Tatras”, while the pearl is the history along with its monuments, made up of prominent personalities, and the beautiful nature in which Kežmarok is situated.

The history started long ago.  In prehistoric times the territory of the town was already inhabited by our ancestors from the Stone Age. After the Bronze and Iron Age, the inhabitants of present day Kežmarok travelled through the history of time until the 12th century. At that time, a Slavic settlement with characteristic sacral buildings began to form.

As early as 1251, there are settlements already mentioned on the site of the future town. This year is also associated with the first written mention of the future Kežmarok.

In 1269 Kežmarok was granted its municipal rights by the emperor Bela IV. So the town has lived its life for more than 750 years. Only 99 years later (in 1368), the residents were protected by the town walls. Other benefits were also documents – privileges – which confirmed, for example, the right of two annual markets, the right of warehouse and, above all, the right of the sword.

The free royal town of Kežmarok gave rise to much which is worth admiring.

WHAT DO YOU NEED TO SEE IN KEŽMAROK?

Above all the Little Sistine chapel in the Spiš region, as the Evangelical Wooden Articular Church is called.

Its uniqueness on a global scale helped it to be included in the UNESCO World Heritage List (2008).

Just 15 minutes’ walk through the charming historical heart of Kežmarok from the Wooden Articular Church, the majestic Town Castle rises. Today it serves as a museum. And that’s not all!

One of the landmarks of Kežmarok is the New Evangelical Church with its red color, and the nearby Lyceum, which has an incredible 150,000 volumes of books.

It is ideal for any visitor to stick to the historical route, which will perfectly serve as a guide through a unique town. It will take your breath away, how many important personalities will you encounter on this historical route.

Kežmarok has always been a town of poets, inventors and generally important personalities. Pavol Országh Hviezdoslav proudly belonged among the well-known students of the local Lyceum. A phenomenal name in the field of discovery belongs to Dr. Alexander, who created the first plastic X-ray image.

The uniqueness of Kežmarok is also emphasized by the preservation of crafts and folklore not only from the Tatras region but also from all over Europe. Every year, during the second week of July, the European Folk Craft Festival – in short the EĽRO – converts the entire historical part of the town into the best that can be experienced in a radius of 3,000 kilometers.  For three days, music, dance, crafts and good food create an atmosphere that you must experience at least once in your life.

ONE DAY IS NOT ENOUGH

Relaxation is also a form of culture. Kežmarok is perfectly prepared for everything.

Lovers of traditional cuisine, pizzas, burgers and cakes will also enjoy themselves at local restaurants, bars and pastry shops. The selection of accommodation directly in the town’s center is also rich and will satisfy every visitor.

Of course, the near surroundings of Kežmarok have a lot to offer, too. Especially the all-year-round open thermal baths in Vrbov (7 km), the Manor house in Strážky (5 km), the Museum of J. M. Petzval in Spišská Belá (7 km) or the Belianska Cave (15 km).

The town of Kežmarok wishes you many pleasant moments and experiences!

Since 1991 the continuation of the tradition of crafts and guilds has been ensured by the European craft festival. The craft festival is at present a popular international cultural and social event. Every second week in July, the town of Kežmarok is for three days transformed into a craft market. Before the market is officially opened, a traditional parade through Kežmarok´s High street with demonstration of historical costumes takes place. As in the old times, the ceremonial opening of the market is performed by the market mayor and the citizens.

The town walls and the gate built on the Main street for this purpose are then fought for, by swordsmen. The gate is also the main entrance to the market area. More than seventy traditional stands for craftsmen, Kežmarok castle, the castle courtyard and the town houses with their traditional architecture are built on the castle and the main streets to create a unique environment and atmosphere.

More than 180 craftsmen and artists from Slovakia and from abroad present before the market´s visitors, up to fifty types of crafts. In their hands, interesting products from wood, wattles, straw, dried corn leaves, leather, clay, metal, glass and other materials are produced. The visitors can also buy them on the spot. The young participants make the festival even more interesting and they are the guarantee for the continuation of the EĽRO festival. A plentiful programme performed at the local amphitheatre, on the stages in front of the castle and in front of the Town Hall is prepared for those who like entertainment, fun and folklore.

Artists and folk groups from Slovakia, the Czech Republic, Poland, Hungary, France, Italy and Spain participate in the programme and actors present the traditions of guilds which worked in Kežmarok in the past. For children, the organizers prepare an interesting programme, puppet theatre, pony riding and many other attractions. The children`s town built by the scouts from Kežmarok is very popular, where parents often leave their children so they can enjoy the wide variety of crafts and the atmosphere of old times in peace and quiet. A part of the event is the cheese market located in the castle courtyard.

Thanks to its good preparation, the attendance of the market in Kežmarok is increasing from year to year. We are pleased that the good reputation of Kežmarok is spreading far beyond Slovakia`s borders. 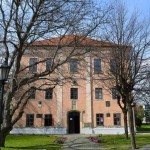 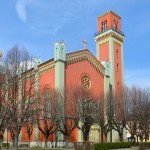 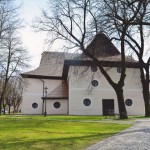 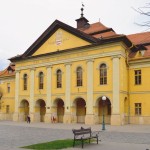 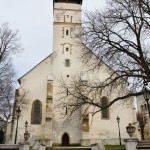 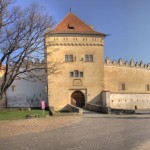 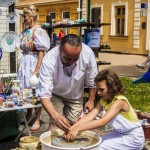 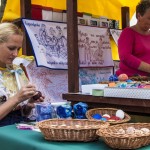 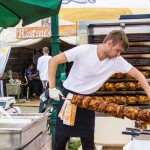 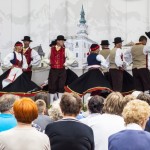 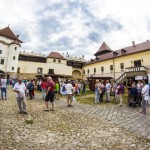