Web: The village of Vrbov
Webstránka 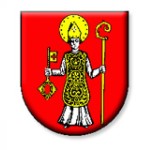 DURING TIMES, WHEN WRITING WAS NOT FASHIONABLE YET

In those times our ancestors began to colonize the area of today’s village of Vrbov. The earth remembers those times very well, because, even after thousands of years, it gives up archaeological evidence of prehistoric inhabitants. No wonder this rough countryside enticed permanent occupation, as who would not love to live in front of the altar of the majestic Tatras?

ABOUT KINGS WHO CARED ABOUT VRBOV

It was the Hungarian emperor Belo IV who, in 1251, had the name Werbew written down. The ranks of the native Slavs were extended by German colonists at the turn of the 12th and 13th century. With immigrants came not only an educational boom, but also an economic one. In the course of time, Vrbov received special privileges from the monarchs.One of them granted freedom to the population. Thanks to this, Vrbov became a small town. The population fluctuated, and in good times reached as high as 900 souls. During the epidemics of plague, it was significantly lower.

Another ruler also cared about Vrbov, but the outcome wasn’t the best. Under King Sigismund, a trade war broke out against Venice. Money for military expenditures was willingly lent by the Polish King Vladislav, for which he wanted, and also received, an exchange. The loan was never paid off, and so Vrbov and other towns were forfeited to Poland for an incredible 360 years.

WHERE THE FLAX BLOSSOMS, TRADE DOES NOT

Flax has always flourished in Vrbov, thanks to which the production of canvas had a long tradition. But trading it was harder. The markets took place mainly in Levoča and Kežmarok. Although Vrbov lay on the trade route between them, it was hurt, because both these free royal towns waged a trade war against each other for 250 years. They disputed the right to warehouse. The people of Vrbov therefore paid more attention to agriculture and cattle breeding.

The March night of the Year of the Lord 1556 brought terror and horror. The flames devoured most of the wooden houses. Plaintive prayers failed to protect the parish or even the church.Privileges and documents held for three hundred years were lost forever. Worst of all, the fire also took fourteen god-fearing souls. As soon as the people of Vrbov had with difficulty repaired their homes, another unexpected blow came. The plague killed the pigs and caused hunger.

Fire struck Vrbov many more times, causing minor damage every time. But it was different at four o’clock in the morning on October 21, 1877. Most of Vrbov was reduced to ashes.

The unwavering will of the inhabitants of Vrbov gave them the energy to rebuild everything from scratch and bring the current village to prosperity.

Maybe it was the fire that asked the earth to give up one of its treasures to the people of Vrbov. Today, geothermal water brings abundant heat and healing effects to the pool complex. Due to its uniqueness, the Thermal Park Vrbov is sought after all year round by domestic and also foreign tourists.

FROM RELAX TO KNOWLEDGE

Who would not be satisfied with relaxing in ten swimming pools and enjoying themselves in the Mini Dinosaur Park they can visit the near surroundings? Levoča (21 km) will mesmerise you with its history and the highest gothic altar in the whole world. Nearby Kežmarok (6 km) fascinates with its impressive castle in the middle of the town, and also the Wooden articular church which is a UNESCO World Heritage site. The beauty of the underground is worth admiring in the Belianska Cave (21 km). 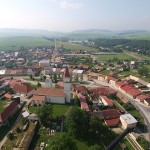 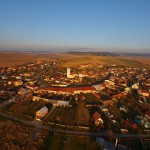