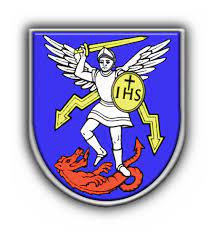 Historical documents detail several hypotheses about the origin of the village of Malý Slavkov. One assumes that it was founded by horse smugglers who smuggled horses from Poland to the region of Spiš. In the 13th century, the border with Poland actually ran near Kežmarok, in the area between Strážky and Spišská Belá. The second theory is related to the existence of a large sheepfold with sheep-breeding and cheese production and the third one assumes that the settlement was founded by the border guards. This one is based on a historical document from the year 1235, which mentions the settlements of the guards in the area of Strážky and the settlements on Michalský vŕšok (a historic site in Kežmarok). To this day St. Michael the Archangel is the patron saint of the village of Malý Slavkov, who was also held by the guardians to be their heavenly protector.

The oldest written mention is a deed as from 1275, which mentions Stephen, Chene’s son, who asked Prior James to rewrite the deed of donation of land and a manor house located by the Poprad River near the village of St. Michael the Archangel. In 1700 the property of Malý Slavkov was transferred to the ownership of the town of Kežmarok.

WHAT CONNECTS THE VILLAGE AND NAPOLEON?

The idea of organising meetings of municipalities, which bear the name “Slavkov”, attracted the attention of the representatives of the municipality under the High Tatras as well and they regularly participated in the meetings; in 2010 they even organised it. The real Battle of Austerlitz is replaced by friendly competitions and wrestling, however the participants carry Napoleon’s pride and his desire to win.

The night guards, who ensured inhabitants’ peaceful sleep and watched for possible fire, were replaced by a fire brigade in 1893, which has persisted in the village until today. Volunteer firefighters carry out rescue work at fires, floods, whirlwind and traffic accidents.

They follow the firefighter’s ten basic rules (https://dhz.obecmalyslavkov.sk/hasi-ske-desatoro.html) and enjoy the respect and trust of the local community. They also help with the organisation of various events that appeal to visitors to the village: the celebration of the membership in the National Fire Brigade, fire brigade competitions, balls, Christmas parties, the arrival of St. Nicholas and theatre performances.

NO MORE MOOING AND TAKING COWS TO PASTURE, PLAY GOLF

The meadows with magnificent views of the peaks of the High Tatras have recently been echoing not with the mooing of cows, but with the quiet, short sounds of hitting golf balls in the ROYAL VALLEY GOLF CLUB resort. The resort offers a 2,355 m long 9-hole par 34 golf course, which is open to the general public, along with regular opening days and children’s golf camps.

From Malý Slavkov it is only a short hop to the High Tatras, while visitors follow the marked forest cycling routes to get there. You can stay in private facilities in the village.

The nearby town of Kežmarok will satisfy the interest in history with a tour of the medieval square, castle, historic churches (UNESCO), medieval lyceum library and other monuments. A swimming pool is open in the summer season as well. You can find the Thermal Park Vrbov at a distance of 10 km, and the Mansion of Strážky at a distance of 8 km. 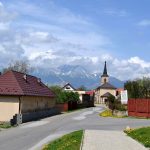 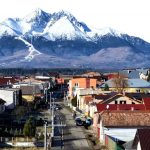 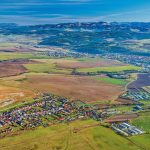