Rare goods were transported along the amber road. That was probably the reason why it was necessary to guard it. Therefore, we can assume that the name of the town district Spišská Belá Strážky was derived from the word “guarding” (=”stráženie” in Slovak).

After the death of the last owner, Baroness Margita Czóbel, the manor was administered by the town. In 1976, a new era of building and furnishing began. The building was taken care of by the Slovak National Gallery and the manor house underwent significant reconstruction. On May 19, 1991, the manor house Strážky was opened to the public.

A PAINTED CASTLE IN STRÁŽKY

The original intention was to create a gallery devoted mainly to the work of Ladislav Mednyánzsky and visual artists from Spiš. Since the inventory also consisted of a large number of historical furniture, interior objects and artifacts of artistic value, the gallery’s experts decided to create an unconventional artistic space. The museum-gallery style inspired the mansion’s uniqueness, and the paintings incorporated into the authentic environment have added to the gallery’s exclusivity.

The character of the rooms evokes a living space of an aristocratic residence. These feelings are emphasized by a rare humanist library, which also points to the intellectual focus of the owners in the past.

LADISLAV MEDNYÁNSZKY AND HIS WORKS

He received his artistic education at the Munich and Paris academies. Mednyánszky is known as a misty mood landscape painter. His paintings are characterized by melancholy or nostalgia and a masterful capturing of light. He is undoubtedly one of the artists of the European format. Although he worked in the studios of Paris Montmartre and Vienna, he breathed life into paintings even in the heart of Spiš.

The Ladislav Mednyánszky Gallery in Strážky consists of a selection of paintings primarily from his early work. In addition to landscapes, he devoted himself to capturing human passions and emotions. Among other things, the artist’s work includes an unusual collection of posthumous portraits.

The author often had an emotional relationship with living models. He did not hide his homosexual tendencies. He admired and transferred to the canvas the existence of poor men, who were often Roma.

Mednyánszký’s remains rest in a cemetery in Budapest.

ENGLISH PARKThe adjacent English park, through which a cycling route connects the cultural-historical region, is the impressive backdrop of the manor house. In addition to the sensitively placed statues and the romantic banks of the Poprad River, the park offers an impressive view of the peaks of the Tatras.Near the mansion is the final resting place of the Czóbel family, which is part of the park.SACRAL JEWELAt the beginning of the 14th century, the foundation stone of the early parish church was laid. Today, the Church of St. Anna stands on that foundation. Nearby is a belfry dated by sgraffito dating back to 1629. The church’s interior is particularly interesting. The walls decorated with frescoes date from the period just after 1500.WE RECOMMENDWe recommend the nearby Museum of J. M. Petzval and Dr. Michael Greisiger in the heart of the city. The cycle path will lead you to the nature trail of the protected peat bog of the Belianske meadows. Following this trail, will lead you to Belianská jaskyňa (Cave). Of course, the surrounding towns and villages also have a lot to offer in every respect. 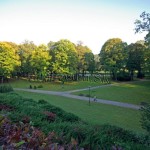 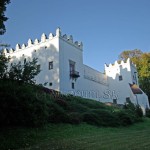 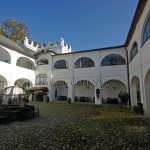 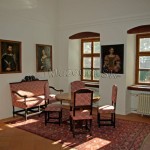 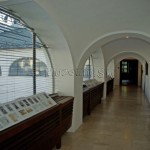