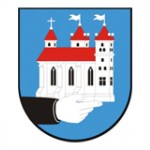 The area around ​​Spišské Podhradie (the settlement around Spiš Castle) was settled by prehistoric man. The earliest archaeological findings around the settlement date back to 5000 BC. However, a constant presence of ancestors in the area fluctuated.  A change occurred at the end of the 11th century. In that period the history of the first buildings of what is today Spiš Castle were written. The castle hill with its strategic importance gradually became the center of Spiš.

The castle fortifications created conditions for the establishment of settlements, which later merged into villages and towns. Spišské Podhradie was formed by the joining of three settlements. The first written mention comes from a document signed on 19 September, 1249. Spišské Podhradie was marked by prosperity and represented a city of great importance during the whole Middle Ages.

Two world wars and the establishment of socialism left unfavorable marks on the city and the surrounding region. A gradual flourishing began in 2003 when the entire area surrounding Spiš Castle was included on the list of UNESCO World Heritage sites.

The lively trade business of Spišské Podhradie made the city a natural center of craft. Spiš sausages made by local butchers were known as far away as Budapest. Shoemakers, drapers, and dyers also flourished. The money raised, invested in burgher houses, created an irregular square with a Gothic-Renaissance look.

The community of Jewish businessmen also contributed to the development of the city. Their architectural contribution was reflected in the form of a synagogue in the city center. It was built in 1875 and is especially interesting for its Moorish elements.

THE TREASURE OF SPIŠSpišské Podhradie is the imaginary heart of the Spiš treasury formed by the beauty of nature and the sacral and historical heritage. Sivá Brada (Grey Beard) enjoys great popularity. It is a travertine hill whose peak has been adorned since 1675 with the Chapel of the Holy Cross. A mineral spring rises from the bowels of the ground below the hill. Its water is believed to have various beneficial qualities, and therefore visitors like to stop and take from it for themselves.Soon after drinking the mineral water, the body announces hunger. To drive it off, we recommend visiting the truly exceptional Spišský salaš (shepherd’s hut). In addition to the excellent offer of tasty meals, the shepherd’s hut grounds also offer relaxation with sheep watching. With beautiful natural scenery overlooking Spiš Castle, it is predestined to provide a rich culinary and folklore experience.Spišská Kapitula was once an independent village, and is today part of Spišské Podhradie. Because of its spiritual significance, it is considered the Spiš Vatican.Quite magical is Spišský hrad (Castle), majestically rising above Spišské Podhradie. Its powerful walls protect stories written by history and provide a unique place for cultural events during the summer months.The massive castle complex is adorned by the nearby natural creation of Dreveník. Visitors will immediately fall in love with this rocky paradise.The most remarkable monument below Dreveník is the Kaštieľ Hodkovce (Manor house) with its adjacent park.The list of the most interesting sightseeing in Spišské Podhradie is completed with the Church of the Holy Spirit in Žehra with its wall paintings of a comprehensive iconographic cycle.FOR LOVERS OF KNOWLEDGESpiš can offer far more than this. The town of Levoča (15 km), with the highest gothic winged altar in the world, is the next recommended stop. The historical town of Kežmarok (39 km) is famous for its Wooden Evangelical Articular Church – UNESCO and the Town Castle. From there, it is only a short distance to the High and Belianske Tatras or the Pieniny National Park with the Červený Kláštor (Red Monastery). 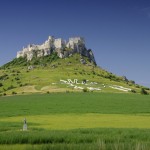