The Village of Majere – The wooden Church of St. Joseph 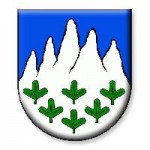 EMBRACED BY THE DUNAJEC

Paper withstands a lot, but not everything. Parchment paper, on which we find the first written mention of the village of Majere, holds up a little better. The year 1568 sounds quite impressive, but it is very probable, that the village was established two centuries earlier. Monks of the Carthusian Order settled on the border of Poland as early as the beginning of the 14th century. While living their solitary life in the villages of Lechnica and Červený Kláštor, they also managed the land in the area of the current village of Majere.

Just as the water of the majestic Dunajec changed the raw nature, time changed the owners of the land. After the local Carthusian and Camaldolesian Order ceased to exist, the Emperor Joseph II was left with an unoccupied area with strategic potential. In 1786, inhabitants from Swabia moved there. That was one of the reasons why the area was named Vyšné Šváby (Upper Swabia) and only in 1920 is there is a mention of Starý Majer (Old Grange). The current name Majere has been used since 1948.

THE GUARDIAN OF THE WHITE TREASURE

Only a hundred inhabitants guard the precious treasure of the Zamagurie region. From time immortal, the land has been sprinkled by sweat, which always gave out less sustenance than necessary. However, unique herbs, which are very much liked by the sheep herds even today, flourished in the meadows.Dairy products from the chalet Salaš Pieniny rank among the treasures from the dairy farms and they not only taste delicious, but are also nourishing and healthy.

Nothing is more characteristic of the village of Majere than the river Dunajec. It drifts like a groom after his bride Vistula, northbound, so they can visit the Baltic Sea in a loving embrace. The rippling surface creates a water highway full of fish. In the past, the inhabitants of Majere used this strong element as a transportation thoroughfare for tradingwood and other products. Today we can see the skilfulness of young men steeringrafts with visitors. The dock Majere is the ideal starting point for the eleven kilometres long sail on wooden rafts to the village Lesnica. This extraordinary attraction offers beautiful nature scenery for your eyes and the right dose of adrenalin for your heart.

BE DRAWN INTO THE NATIONAL PARK OF PIENINY

Those who have once sailed through the Dunajec Gorge, will probably want to know the entire beauty of the smallest national park in Slovakia. What could be healthier than to grant your lungs crystal clear air while taking a hiking tour along the river? For those who are in love with speed there is the possibility of exploring the area by bike.

In Červený Kláštor you can choose a beautiful hiking tour crossing the pedestrian bridge over the river Dunajec. The climb to Three Crowns (Tri koruny) and Sokolica will reward the visitors with a pristine view of the entire Zamagurie region from the Polish side.

If you start your journey from the village of Majere in any direction, you will find only beautiful places. In the direction of the village of Osturňa (20 km) you can enjoy the sight of traditional architecture and the life of the Zamagurie region. Southbound is the famous Treetop walk (Chodník korunami stromov) in Bachledová dolina (42 km). If you want to do something good for your health, you can head to the climatic spa next to the therapeutic spring Smerdžonka (5 km). History lovers will be impressed by the town of Kežmarok with its Town castle and the Wooden Articular Evangelical church – UNESCO World Heritage (40 km)..

The village was founded in the 16th century, its inhabitants were dependent vassals to the village of Červený Kláštor. The village – in dialect called Frankófki – is set in the valley of Spišská Magura above the Frankovský potok (brook). It is 55 km north of Poprad close to the Polish border, and nearby are the High Tatras, Pieniny and the villages of Červený Kláštor, Osturňa, and Ždiar.