The town hall of Levoča

THE HEART OF LEVOČA

An older Gothic building was destroyed by a great fire in 1550. A new town hall was built in the Renaissance style on the remains of the walls. Its completion is associated with the year 1615. Reconstructions and alterations changed the shape of the town hall over the centuries. Today the beauty of the town hall comes from the last major reconstruction in the late 19th century.

The eye-catching architectural appearance is particularly interesting for its arcades and the attached Renaissance bell tower with a clock. As the most serious decisions concerning the city and its wider surroundings were made behind the walls of the town hall, paintings of the five virtues were added to the facade between the windows. They still remind citizens to be modest, cautious, brave, patient and above all fair. A rarity at the town hall is a cage of shame from the 16th century. It was used for public display of offenders of good morals. It was possible to end up in this small, barred space for what today would be considered relatively ordinary offenses, such as slandering, drunkenness or adultery.

The town hall is still the heart of Levoča and its beautiful meeting hall serves the needs of the city for representative purposes. The first floor is dedicated to expositions of the Spiš Museum. One attraction is the door of betrayal depicting the White Lady of Levoča. Visitors can also learn about the history and development of the city in the museum area. Guilds also have an inherent representation in these spaces. The exhibition hall suitably complements the permanent exhibitions and provides space for temporary expositions.

TWO TRUTHS ABOUT THE FALL OF LEVOČA

The betrayal door still captures the image of Juliana Géci-Korponay, who lived in the city. The Legend of the White Lady of Levoča says that Juliana fell in love with an enemy army officer. Drunk with love, she stole the mayor’s keys from one of the city gates and handed the inhabitants over into the hands of the enemy. Her act was perceived as a betrayal. But Juliana knew that the city had never been a true ally of Francis II Rákoczi, and one way or another would surrender. By her betrayal, she prevented bloodshed.

WHAT ELSE IS THERE TO FOCUS ON?

The Basilica of St. James, with the highest altar in the world, is worth a visit. The same goes for Master Paul’s house. A walk through the square, named after a woodcarving master, with burgher houses is also fascinating. Pilgrims and believers will be attracted by the Basilica of the Visitation of the Virgin Mary on Marian Mountain. Nearby Kežmarok (28 km) is historically equal to magnificent Levoča. Spiš Castle and Spišská Kapitula are exceptionally phenomenal on their own (19 km). 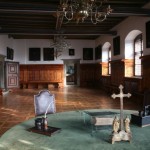 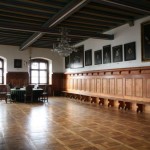 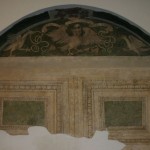