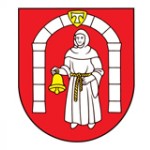 EVERYTHING BEGAN AT THE END OF THE WORLD

The establishment of the village is connected to monks, who according to a document from 1319, were given the town of Lechnica, together with other land for the Carthusian Order of the Rock of Refuge, as a gift from the owner Kokoš Berzeviczy.

At that time the monks, known for their hermetic lifestyle, began preparations for the construction of their second monastery in the Spiš region. They chose a donated, secluded area near the confluence of the Dunajec and Lipník rivers – at the end of the world, so to speak.

The construction proceeded very slowly. The stone foundations of the monastery date back to 1330. In 1337 King Charles I, Robert from Anjou himself listened to a request of the Priory of John, which desired to follow the path of humbleness more zealously, and to prepare for the last days. The construction was secured by his gifting the community of Stára Ves (Old Village) to the Monastery of Lechnica as perpetual alms.

The Carthusian monks were devoted to the copying of books. Thanks to this, they were in frequent contact with the monarchs. They received various privileges for their services. Among those with local significance was the right to fish in the Dunajec, to brew their own beer and to manage a mill.

The monastery and the inhabitants of the community suffered the first blow through the invention of Johann Gutenberg. Thanks to metal typesetting the cost of printing books, which began to be produced in large numbers at that time, decreased. The second blow was the looting of soldiers from the nearby castle of Niedzica. The monks left the monastery in 1545 and Ferdinand I, the Holy Roman Emperor, allowed it to be officially closed one year before his death (1563).

THE GATEWAY TO THE NATIONAL PARK OF PIENINY

The community of Červený Kláštor is the starting point for visitors to smallest national park in Slovakia. The first attempts to create a protected site occurred in 1921. Many efforts were made in the following decades, which resulted in the declaration of the Pieniny National Park on the 16th of January 1967, although its boundaries were revised in 1997.

This jewel of nature is especially known for the Prielom Dunajca (Dunajec Gorge), which creates a paradise for rafting and tourism. Another attraction is running the rapids of the Dunajec on wooden rafts. Lovers of two wheels will enjoy themselves on the cycling trails. The trail along the river bank to Lesnica, a community 8 km away, is indeed a sight for the gods, and also a natural remedy for the lungs, thanks to the crystal-clear air.

In the heart of Pieniny you can find the healing spring Smerdžonka, near which a spa arose. The hydrogen sulphide spring, with its rich mineral content, has great beneficial effects on skin diseases. It also has healing properties which are beneficial to nerve and digestive diseases. The air purity ranks Smerdžonka among climate health resorts.

For more than four decades in the region of Zamagurie, the end of June has traditionally belonged to the Zamagurie folklore festivities. For the audience, a rich artistic experience is provided by a program consisting of both local and guest ensembles playing music or dancing. The colorful parade of performers in traditional folk costumes will please your eyes and encourage you to capture these special moments with your camera. Do not miss this cultural event lasting for three days.

JUST A STONE’S THROW TO POLAND

You can go on an incredible hike crossing the pedestrian bridge over the river Dunajec. For your hike to the Tri Koruny (Three Crowns) and Sokolica, you will be rewarded by a breathtaking view from the peak overlooking the entire Zamagurie region.

IF THAT ISN’T ENOUGH…

The entire Zamagurie region has a lot to offer. The village of Ždiar with its museum – Ždiarsky dom (House of Ždiar – 38 km) is well-known. The Chodník korunami stromov (Treetop walk) in Bachledová dolina (45 km) is also famous. History lovers will be impressed by the town of Kežmarok with its Town castle and the Wooden Articular evangelical church – UNESCO World Heritage (38 km). 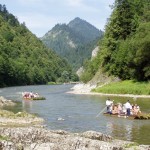 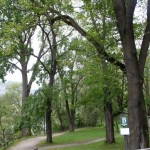 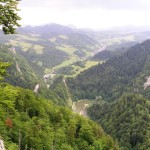 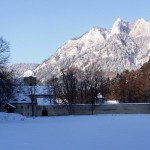 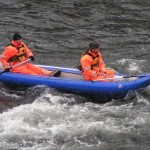 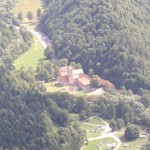