Doctor to the poor, natural scientist, archaeologist, and promoter of the High Tatras Michal Greisiger. He was born on December 25, 1851, in Stráne pod Tatrami (Hillsides below Tatras) as the second of eleven children. He received his secondary education, which he completed in 1872, at the Lyceum in Kežmarok. He acquired his medical education in Vienna, and Budapest, as evidenced by a medical diploma signed on the 8th of December 1877. After settling in Spišská Belá in 1883, he was appointed chief city doctor.

In addition to his medical calling, Greisiger devoted his life to observing nature in the Tatras and Spiš. He was especially interested in botany, ornithology, and entomology. His versatility almost predestined him to be an official of the Hungarian Carpathian Association, which he helped to establish. He was also a member of the Austro-Hungarian Ornithological Association.

The Museum of Dr. Michael Greisiger is located in the building of the municipal library directly opposite the Museum of J. M. Petzval. The doctor and his family spent most of their lives there.

The exhibition was opened to the public in 1994. It is divided into several parts. The first is devoted to life and family. The second one contains original furniture and accessories, creating a contemporary atmosphere. In other parts of the museum, it is possible to get acquainted with herbariums, stuffed birds and especially an insect collection. Rare archaeological artifacts from the near surroundings are also represented in the exhibition areas. The exhibits of the interest of Michal Greisiger are wrapped up with exhibits devoted to local ethnography.

An evangelical parsonage (at Hviezdoslavova 16) stands just five houses from the Museum of Dr. M. Greisiger. It houses the Samuel Weber Memorial Room. This priest and historian came from a rich family.

He studied in Poprad, Kežmarok, Levoča, Prešov and received a diploma in theology and philosophy in the German city of Jena. He worked in Spišská Belá from the year 1860.

The year 1896 marked the beginning of Weber’s spiritual career. He became an evangelical deputy senior (deputy of the regional senior-pastor) and five years later a senior-pastor of Spišský seniorát (evangelical district). He was also elected a chairman of the Spiš Association of Evangelical pastors. He was involved in the highest positions of the Hungarian Protestant Society and the Hungarian Evangelical Literary Society.

He was also extremely active both in public and social life. At that time, there was almost no association in Spiš, in which Weber did not hold a significant position. And not only was he a member, many times he founded the association, led it actively, and actively helped in it. Many of his writings were highly valued and published by the press.

He contributed to the establishment of the Voluntary Fire Brigade, of which he was the chairman. An important economic achievement for which he deserves serious credit was the commissioning of a tobacco factory.

In 1907, he was honored by the Order of Franz Joseph of the 3rd Class, in honor of the great respect that was held for him.

In addition to the aforementioned museums, local churches also deserve attention. Worth seeing is the wealth of nature found in the nearby Belianska jaskyňa (Belianska Cave). An English park with a manor house and a unique collection of paintings by Ladislav Mednyánszky can be found in the Strážky district. 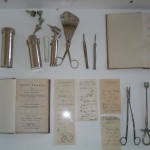 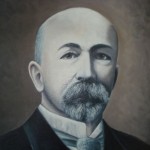