Master Pavol’s house dates back to the 14th century. A devastating fire almost completely destroyed the original ground floor building. After 1431, the main wing with one story was built on its foundation. According to archival materials, around 1510 one of the most important carvers of the old continent during the Middle Ages, Master Pavol, lived in this house. Flames destroyed the building again in 1747 and the house underwent extensive reconstruction. At the end of the 20th century, the entire building was restored.

The building is managed by the Spiš Museum, which set up an eye-catching exhibition dedicated to the carving master in the interior. Faithful imitations of the late Gothic works of Master Pavol of Levoča perfectly document the most important works of the renowned artist. The originals can be found mostly in churches all over Slovakia.

YOU CAN ALMOST TOUCH IT

It is almost impossible not to admire the real mastery of the originals. Although the Basilica of St. James guards the most valuable carving on the tallest altar in the world, the visitor has virtually no opportunity to view the details in the gloom of the temple. In the museum exposition in the House of Master Pavol it is quite the opposite. Perfect replicas are placed in such a way, that the visitor can thoroughly examine them from several sides. A close-up look at the carving of the Last Supper offers unbelievable detail and a close look at the expressions in the faces of the apostles and Christ. One of the disciples wears a cap very much like one of a carving master in the Middle Ages. It is very likely that this is a self-portrait of Master Pavol himself. Madonna from the Altar of Birth, with her mysteriously carved lips, and other wooden gems can also be described as superb.

YOU PROBABLY DID NOT KNOW

Interestingly, the creation of the carving genius came into wider awareness only after World War II. The rediscovery of the European format artist came mainly after the 1967 exhibition, which was held on the occasion of the 450th anniversary of the completion of the main altar.

It was not in the power of one person to create such a vast work in one lifetime. Master Pavol had helpers in his workshop, who did the preparatory work and the Master gave them a stamp of perfection. There are only a handful of statues we can say with certainty were made entirely by Master Pavol. Through detailed study, experts have come to recognize the characteristic features of the face, the shape of the hands and fingers. Hair curls and precisely worked-out creases on the garments are unmistakable. The attentive eye will see the artist’s secret signature in a folded cloth in the shape of an ear.

In the times of Reformation, not only Martin Luther’s teaching, but also the emerging Renaissance art, came to the Spiš region. These ideas reached even into Pavol’s workshop. Under their influence, the main altar was built for the church in Spišská Sobota. The main motive is St. George fighting the dragon.

THE SURROUNDINGS OFFER A COLORFUL VARIETY

A stroll through the square named after a woodcarving master is really breathtaking, with the burgher houses. A hunger for sacred art can be soothed by the Spiš Vatican, as they call the Spišská Kapitula and the Spiš Castle which is included on the UNESCO World Heritage List (19 km). The Wooden Articular Church in Kežmarok – UNESCO – also has a sacred charm (28 km). 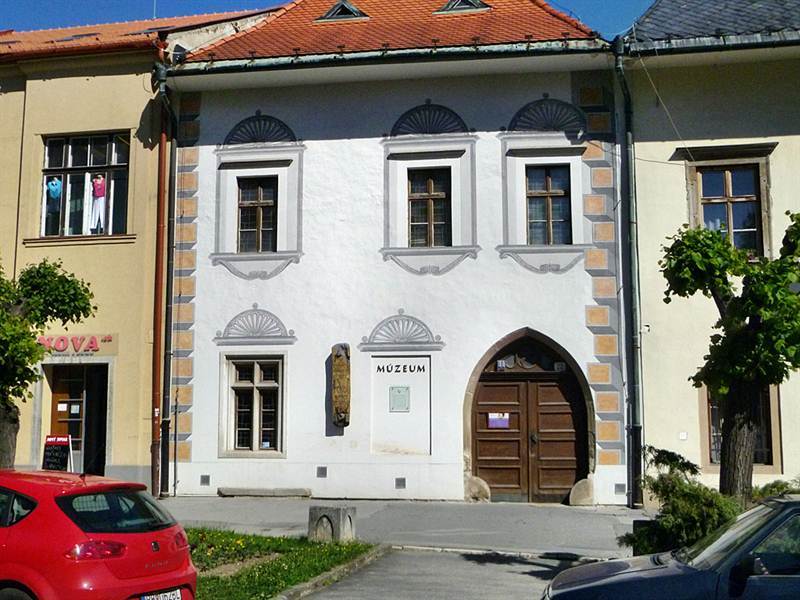 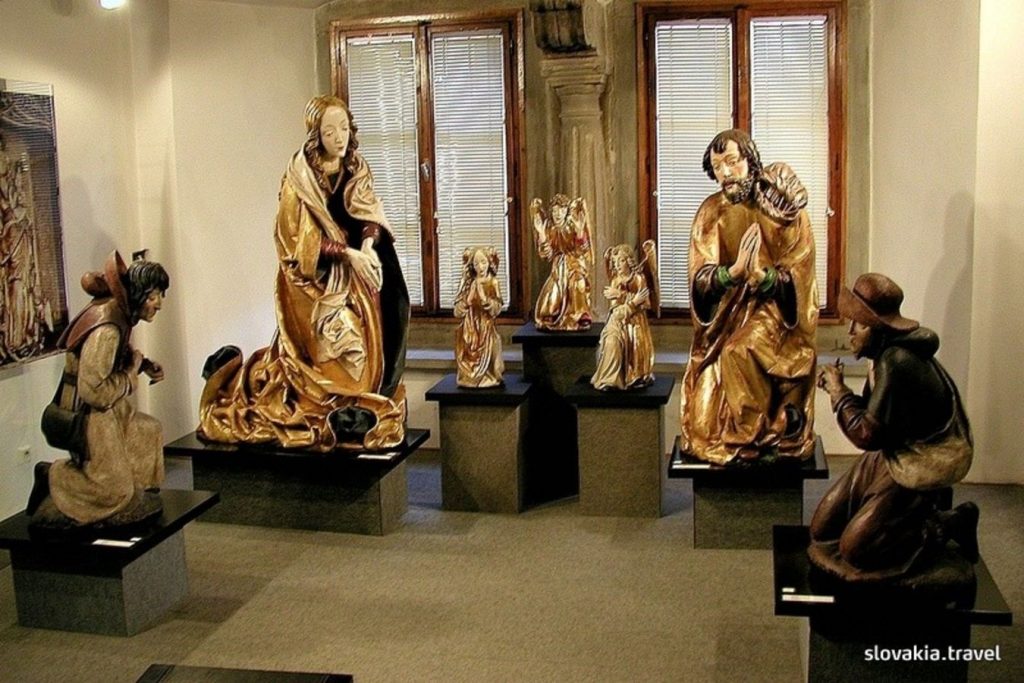